Photo: Kurt Zouma snaps selfie with next generation ahead of Arsenal v Chelsea 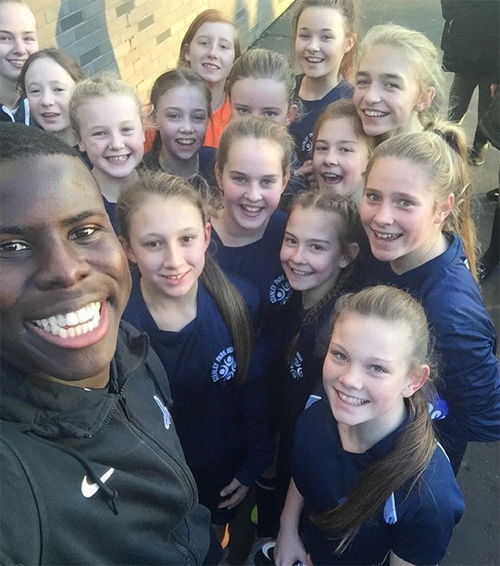 Chelsea defender Kurt Zouma is all smiles with some of the next generation of football stars Photo: Kurt Zouma/Instagram

Kurt Zouma was giving the next generation some football tips on Wednesday ahead of this weekend’s trip to Arsenal.

The Chelsea centre-half was getting involved in grassroots football as the France defender looks to give back to the sport which has so far delivered a promising career for the 21-year-old.

And given that the Chelsea Ladies are reigning Women’s Super League 1 champions and FA Cup holders, Zouma may have been keeping a close eye on any potential stars of the future for the west London club.

Zouma was all smiles as he snapped a selfie with the victorious champions before the defender prepares to knuckle down in the training ground ahead of Sunday’s trip to Arsenal.

Zouma wrote on his Instagram page: “Great afternoon at the @psschoolscup – Well done to the Stanley Park High year 7 girls

The French defender has scored one goal and has made one assist in 19 Premier League games so far this season.