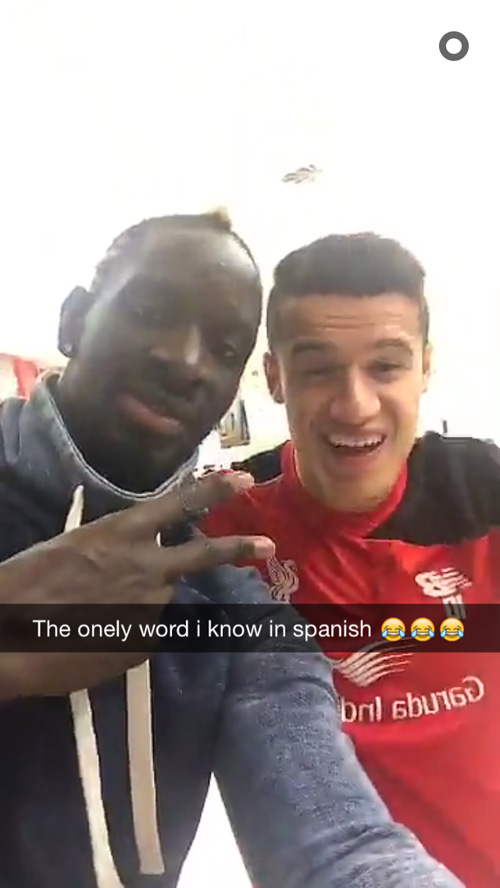 Mamadou Sakho was all smiles with injured Liverpool midfielder Philippe Coutinho after a tough week for the Reds duo.

The Liverpool defender missed the Merseyside outfit’s 1-0 victory over Stoke City in the first leg of their League Cup semi-final due to a knee injury.

Coutinho picked up a hamstring injury problem during the Capital One Cup clash at the Britannia Stadium and Jurgen Klopp revealed the Brazilian could be sidelined until February.

However, Coutinho and Sakho appeared in high spirits at Melwood on Friday afternoon as the duo presumably did some light training while the rest of the Liverpool squad prepared for their FA Cup opener.

Sakho wrote the following caption on his Snapchat: “The only word I know in Spanish”

Sakho has made 11 Premier League appearances for the Reds in an injury-hit campaign for the former Paris Saint-Germain centre-half.