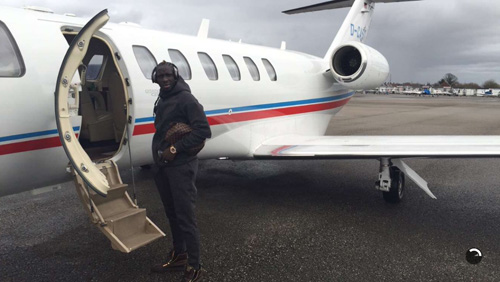 Mamadou Sakho was ready to knuckle back down to business on Wednesday as the Liverpool defender prepared to jet off to Madrid for the club’s training camp.

The France international led the boisterous dressing room celebrations after Jurgen Klopp’s side booked their place in the League Cup final on Tuesday night.

The Reds’s spot in the Wembley showpiece appeared in doubt after Marko Arnautovic cancelled out Jordon Ibe’s first-leg winner on the stroke of half-time at Anfield.

However, the semi-final went to penalties after 1-1 aggregate draw and Joe Allen scored the winning spot-kick after Stoke duo Peter Crouch and Marc Muniesa missed their attempts for the Potters.

Liverpool are heading to the Spanish capital for a couple of days training in the sun before Klopp’s side host West Ham United in the FA Cup fourth round at Anfield on Saturday afternoon.

The Reds have already lost home and away to Slaven Bilic’s Hammers side this season.