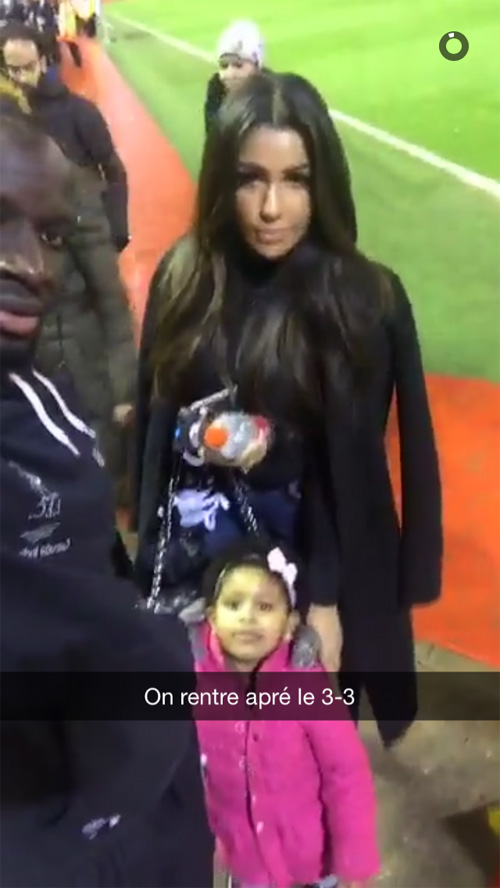 Mamadou Sakho was relishing some family time after Liverpool’s 3-3 draw with Arsenal at Anfield.

The France international recovered from his recent knee injury to return to the Liverpool starting line-up for the visit of the Premier League leaders.

Sakho was unable to prevent the Gunners from scoring three times against Simon Mignolet, with his compatriot Olivier Giroud scoring either side of half-time.

However, Joe Allen’s 90th-minute strike secured a point for Jurgen Klopp’s side in dramatic fashion on Merseyside ahead of Sunday’s visit of Manchester United.

Liverpool defender Sakho took to Snapchat to post a selfie with his wife and daughter under the floodlights at Anfield.

The Reds are in ninth place and 12 points behind Arsene Wenger’s Arsenal side ahead of their clash against Louis van Gaal’s outfit in Sunday’s early kick-off.