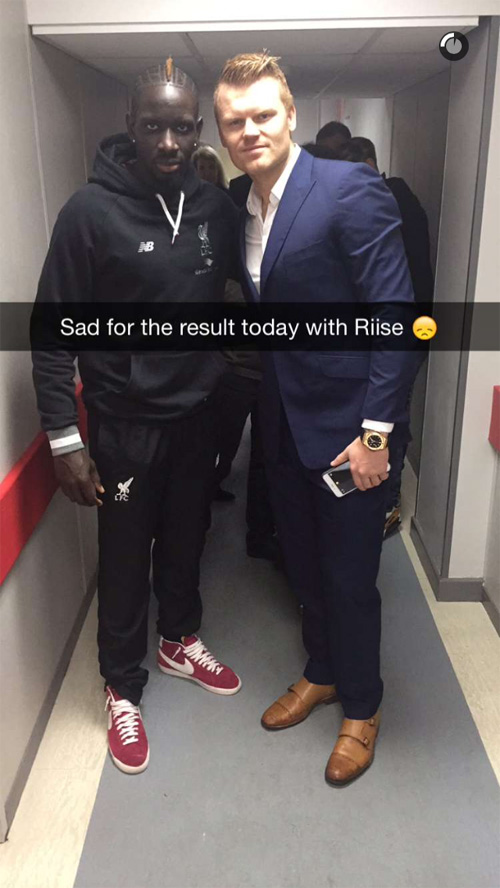 Mamadou Sakho may have attempted to talk Daniel Agger and John Arne Riise back to Anfield given Liverpool’s defensive crisis in recent weeks.

The France international partnered veteran centre-half Kolo Toure at the back for Sunday afternoon’s game against bitter rivals Manchester United at Anfield.

Sakho and Toure turned in valiant performances for the home side but the centre-halves were unable to prevent United captain Wayne Rooney scoring a 78th-minute winner.

However, Agger and Riise were on hand to raise the former Paris Saint-Germain defender’s spirits after Liverpool extended their winless run to three Premier League games.

Sakho posted the above photo with Riise and wrote the following caption: “Sad for the result today with Riise”

The 25-year-old defender met Liverpool supporters as part of a Carlsberg match-day event at Anfield following the 1-0 loss on Merseyside.

And Sakho bumped into Brondby defender and former Liverpool vice-captain Agger, posing for a snap with his fellow centre-half. 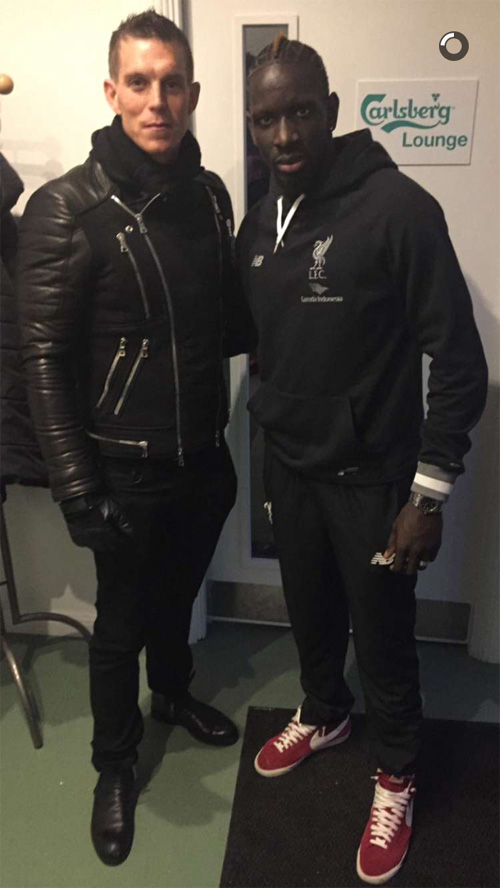