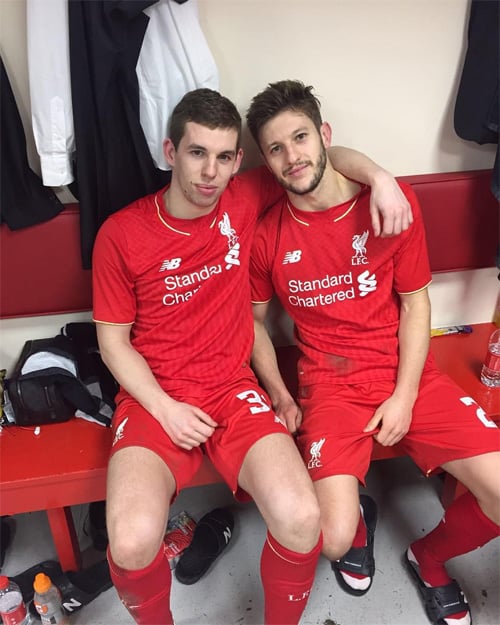 Adam Lallana has paid tribute to Liverpool defender Jon Flanagan after the full-back successfully came through his League Cup test.

The 23-year-old started his first Liverpool game since he picked up his long-standing knee injury in the summer of 2014 on Wednesday night.

Flanagan lasted 105 minutes before he was replaced by Jordon Ibe in extra-time just over a week after he made his comeback as a second-half substitute in Liverpool’s 3-0 victory over Exeter City in the FA Cup.

And Lallana wasn’t swept away by the emotion of reaching his first League Cup final as he paid a heartfelt tribute to Flanagan.

Lallana posted the above photo on his Instagram page and wrote: “Great to be back playing with you mate @jonflan38 and what a performance tonight👌🏻 Wembley here we come #LFC”

The former Southampton captain scored Liverpool’s winner in a dramatic 5-4 victory over Norwich City in the Premier League on Saturday afternoon.

The Reds host Premier League rivals West Ham United in the FA Cup fourth round at Anfield on Saturday afternoon.

Jamie Carragher: This Liverpool star still has plenty to prove