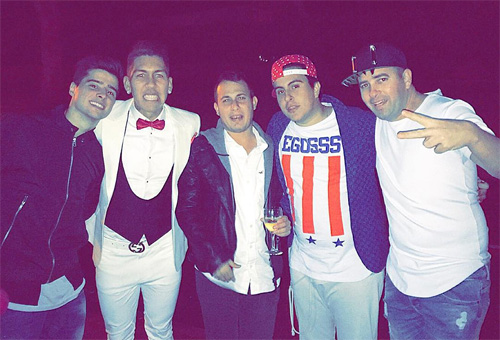 Roberto Firmino and Joao Texeira indulged in some festive fun ahead of Liverpool’s trip to West Ham United on Saturday afternoon.

The Reds have been in decent form in recent weeks in the Premier League after securing back-to-back wins against Leicester City and Sunderland in their final two games of December.

Firmino was particularly impressive in Liverpool’s victory over the Black Cats, although the Brazilian failed to add to his one Premier League goal so far.

And the £29m summer signing joined his fellow Portuguese speaker Texeira for some New Year’s Day fun ahead of their clash against the Hammers in Saturday’s early kick-off.

The 24-year-old has scored one goal and has made three assists in 17 Premier League games so far this season.

The Reds are in seventh place in the Premier League table but nine points behind leaders Leicester City.