Photo: Mamadou Sakho and Christian Benteke all smiles ahead of Liverpool v Arsenal 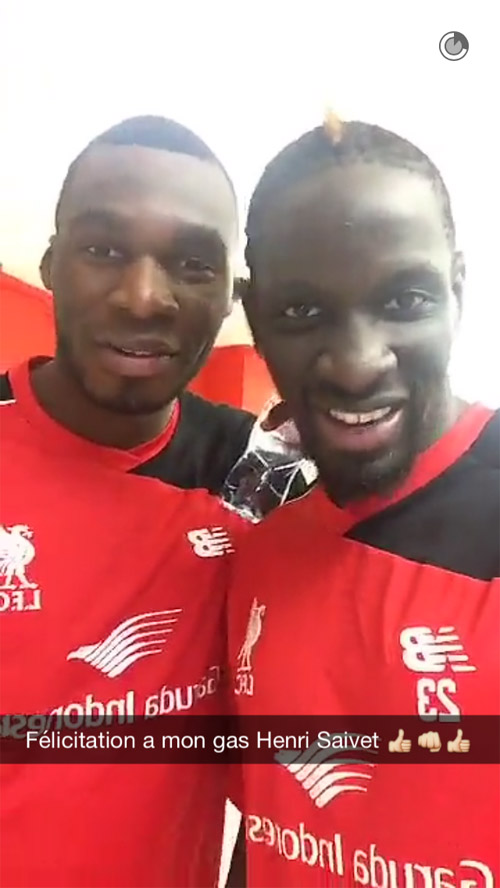 Mamadou Sakho and Christian Benteke were all smiles after training at Melwood on Monday as the pair attempted to send a message to Bordeaux forward Henri Saivet.

The Liverpool centre-half is facing a battle to be fit for Wednesday night’s clash against Arsenal at Anfield following his recent knee injury.

Benteke will hope that he did enough to impress manager Jurgen Klopp after he captained an inexperienced Reds side to a 2-2 draw with Exeter City on Friday night.

Sakho posted the above message as he attempted to send a birthday message to his France colleague Saivet alongside Belgium international Benteke.

Liverpool are 12 points behind Wednesday night’s opponents Arsenal in the Premier League table after their 2-0 defeat at West Ham United last time out.

Arsenal are two points clear of second-placed Leicester City at the top of the Premier League table ahead of their game on Merseyside.