Photo: Mamadou Sakho heads to the cinema ahead of Liverpool v Man United 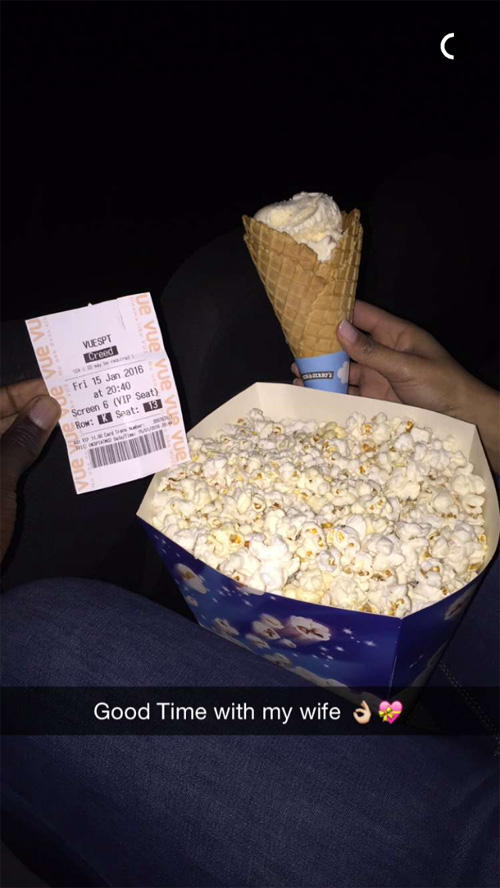 Mamadou Sakho hit the cinema with his wife ahead of Liverpool’s clash against Manchester United at Anfield on Sunday afternoon.

The France international treated Mazda Magui to a date night at the pictures as the pair opted to go see Creed, which was released in UK cinema on Friday night.

Sakho satisfied his cravings with some popcorn and treated his partner to an ice cream cone at the cinema, which may land him in trouble with Liverpool’s nutritionists just 48 hours before Sunday’s game.

Sakho posted the above photo on his Snapchat story but opted against providing a review of the film.

The Liverpool centre-half is expected to feature against the Red Devils after Sakho returned to Jurgen Klopp’s side from a knee injury for the Reds’s 3-3 draw with Arsenal.

Sakho has scored one goal in 61 appearances in all competitions since he moved to the 18-time English champions from Ligue 1 champions Paris Saint-Germain in a £16m deal in 2013.