Mamadou Sakho admitted to feeling tired after Liverpool’s training session at Melwood on Monday ahead of the mid-week visit of Arsenal.

The France is aiming to make a return to competitive action against the Premier League leaders after missing Liverpool’s recent cup games against Stoke City and Exeter City due to injury.

On Monday, Liverpool manager Jurgen Klopp revealed that Sakho is desperate to feature against the Gunners despite the short amount of time that the defender has had to recover from his knee problem.

But all the hard work in a bid to make Klopp’s starting line-up on Wednesday night appeared to have taken its toll on Sakho after he posted a “tired” selfie on Snapchat on Monday. 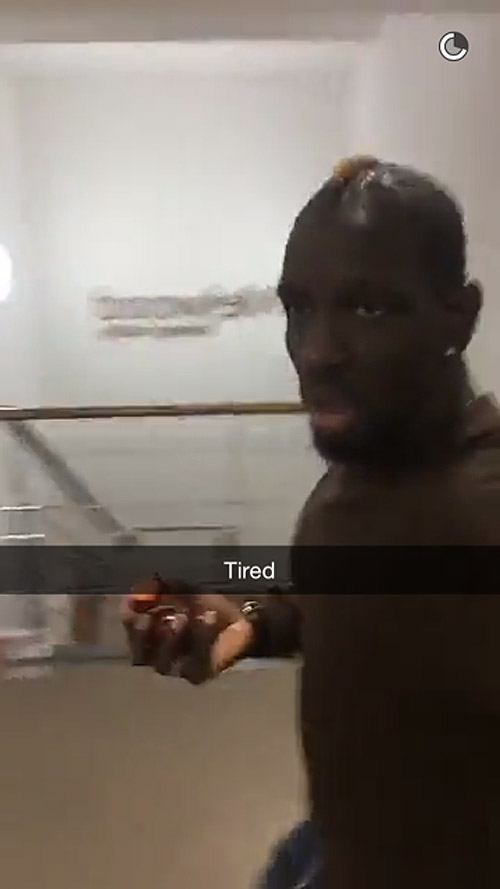