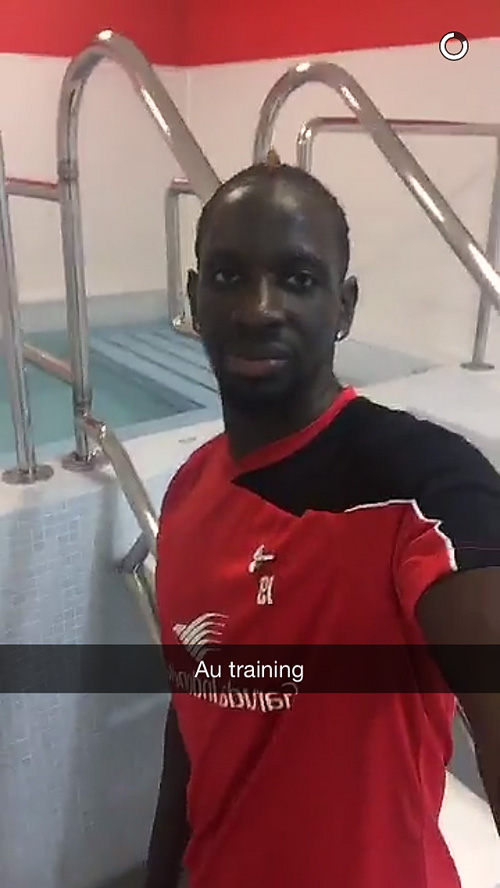 Mamadou Sakho appeared in high spirits as the Liverpool defender trained on Friday as the rest of his team-mates prepare for FA Cup on Friday night.

The France international is currently nursing a knee injury which the defender aggravated after last weekend’s 2-0 loss to West Ham United at Upton Park.

Sakho has already missed most of the season through injury after the former Paris Saint-Germain defender sustained a nasty knee problem during a 2-1 defeat by Crystal Palace in November.

However, the 25-year-old was eyeing a comeback on Friday afternoon after he posted a selfie in Melwood training ground before presumably a session in the swimming pool.