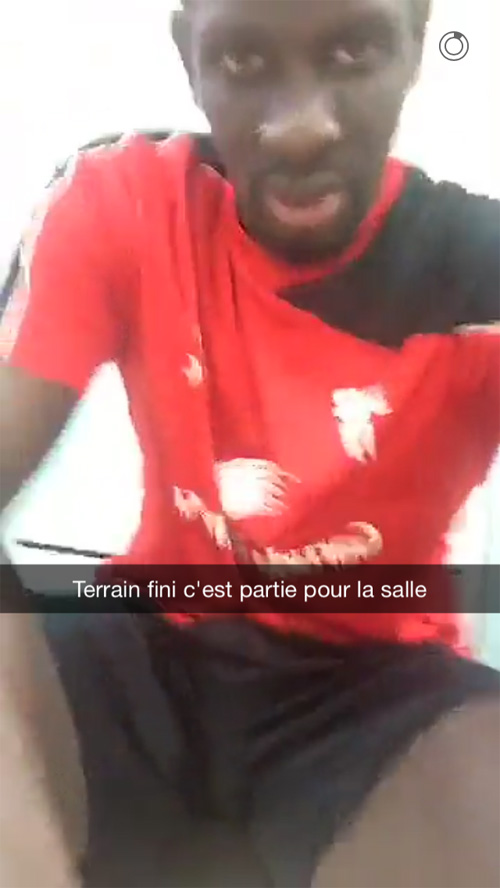 Mamadou Sakho appears to have put his injury woes behind him as the Liverpool centre-half trained on Friday afternoon ahead of this weekend’s clash against Manchester United.

The France international returned to Jurgen Klopp’s starting line-up for their 3-3 draw with Premier League leaders Arsenal on Wednesday night after successfully recovering from a knee problem.

And Sakho has appeared to come through his 90-minute test against the Gunners unscathed after the former Paris Saint-Germain defender took part in training at Melwood ahead of Sunday’s north-west derby.

Sakho wrote the following caption to accompany his photo on Snapchat: “Field finished next part is for the room”

Sakho was unable to prevent the Gunners from scoring three times against Simon Mignolet, with his compatriot Olivier Giroud scoring either side of half-time.

However, Joe Allen’s 90th-minute strike secured a point for Jurgen Klopp’s side in dramatic fashion on Merseyside ahead of Sunday’s visit of Manchester United.

Liverpool are in ninth place in the Premier League table.