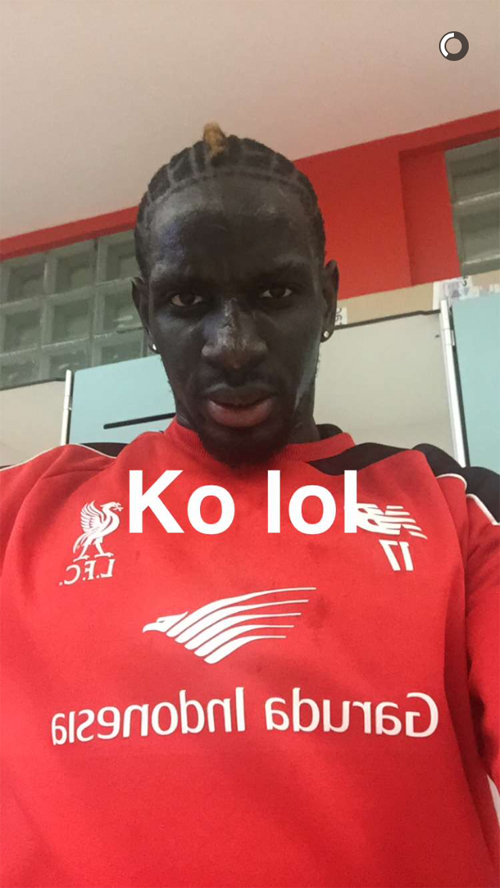 Mamadou Sakho posted a snap from Liverpool’s dressing room at Melwood after the centre-half had finished a training session on Wednesday.

The France international was omitted from Jurgen Klopp’s match-day squad for the visit of Exeter City in their FA Cup third-round replay at Anfield.

However, despite getting the night off, Sakho was still training hard ahead of Liverpool’s trip to Norwich City in the Premier League in Saturday’s early kick-off.

Sakho, who joined Liverpool in a £16m deal from Paris Saint-Germain in 2013, snapped a selfie in his training kit after the defender had earlier hit the masseuse.

The former PSG defender was sidelined with another knee problem earlier this month after he aggravated the injury following their 2-0 loss to West Ham United last weekend.

Sakho missed six weeks of action after a horror knee injury which the centre-half suffered after he landed awkwardly during a 2-1 loss to Crystal Palace at Anfield in November.