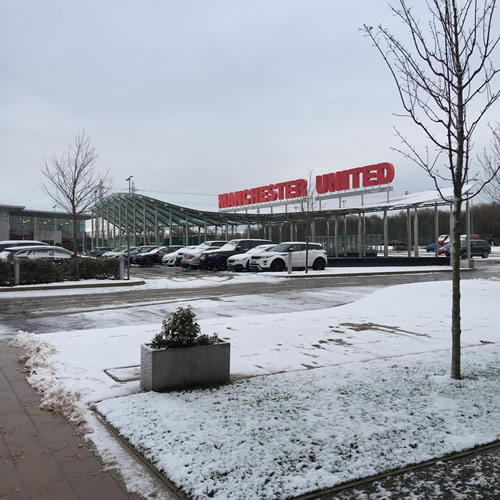 Joel Pereira has taken to social media to give fans a glimpse of Manchester United’s snowy Carrington training ground on Sunday morning ahead of the Red Devils’ crunch Premier League clash at Liverpool.

Shot-stopper Pereira has returned to the Old Trafford club after a month-long loan spell at Rochdale earlier this season.

United head into Sunday’s clash on Merseyside looking to return to winning ways after the disappointment of conceding a late equaliser to draw 3-3 with Newcastle United at St James’ Park on Tuesday night.

The Red Devils have been in stuttering form in recent weeks and have only managed to win three of their last 10 Premier League games.

Louis van Gaal’s side head into Sunday’s clash looking for a victory to complete the double over Liverpool after they were 3-1 winners over their local rivals back in September at Old Trafford.

Brendan Rodgers: Why I feel proud of my Liverpool spell