Photo: Marcos Rojo all smiles in London ahead of Man United v Swansea 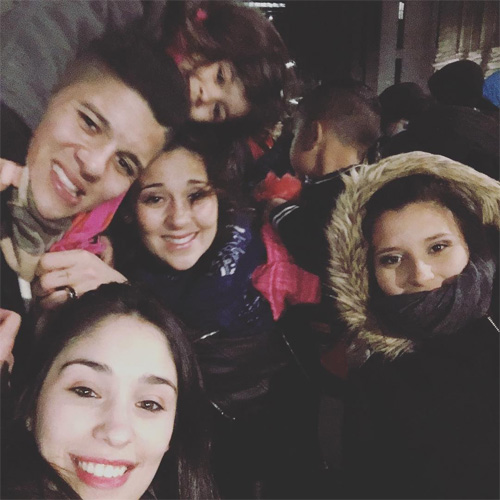 Marcos Rojo is all smiles with his family Photo: Eugenia Lusardo

Marcos Rojo joined his family to watch the New Year’s Eve fireworks in London ahead of Manchester United’s clash against Swansea City at Old Trafford on Saturday.

The Argentina international has been sidelined over the past month or so after the £16m defender underwent an operation on a troublesome shoulder injury.

Rojo had a painful experience at the Britannia Stadium as the United defender watched his Red Devils team-mates suffer a 2-0 defeat by Stoke City.

However, the South American centre-half appeared in high spirits as he joined his family to watch the stunning fireworks display in the English capital on Thursday night.

The Argentina international has made one assist in six Premier League appearances for the Red Devils so far this season.

Rojo hasn’t featured for United since a goalless draw with PSV Eindhoven in the Champions League group stage on 25 November.

Louis van Gaal’s side are winless in their last eight games in all competitions.