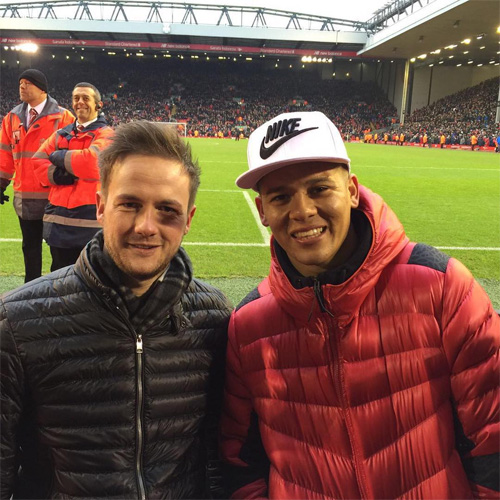 Marcos Rojo and his brother pose for a photo at Anfield Photo: Marcos Rojo/Instagram

Marcos Rojo posed for a photo with his pal as the injured defender watched Manchester United ease to a 1-0 victory over Liverpool.

The Argentina international is still recovering from a shoulder injury which has kept the centre-half sidelined since early December.

And Rojo posted the above photo with his friend after soaking up the Anfield experience on Sunday afternoon.

United are in fifth place and two points behind fourth-placed Tottenham Hotspur in the Premier League table.

Louis van Gaal’s side host Ronald Koeman’s Southampton side in their next Premier League game at Old Trafford next Saturday.