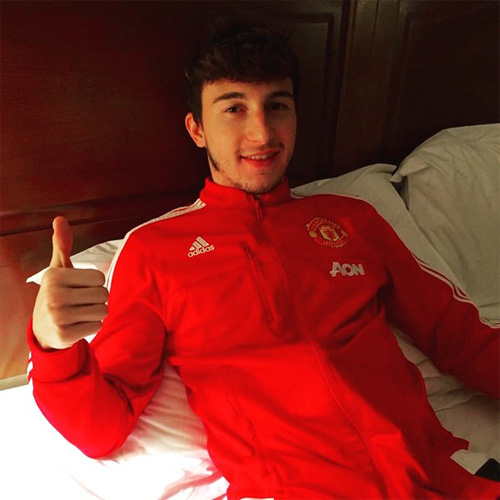 Matteo Darmian has reassured Manchester United supporters that he isn’t seriously injured after he was replaced during Saturday’s 1-0 loss to Southampton.

The Italy international was replaced after he picked up suspected rib and chest damage following a collision at Old Trafford.

United manager Louis van Gaal revealed that Darmian was coughing up blood following the incident, which suggested the injury may be serious.

However, the 26-year-old posted an injury update on Twitter on Sunday night to reassure concerned United fans that he isn’t badly hurt.

Thank you all for the support, i'm fine! See you soon #MUFC @ManUtd pic.twitter.com/MyEALUS5xb

Darmian has made 17 Premier League appearances so far this season after the Italy full-back moved to United from Serie A side Torino in the summer.

The versatile defender, who cost the Red Devils in a £16m deal in July, has also made four Champions League appearances and started games in the League Cup and the FA Cup.

United are in fifth place and 10 points behind leaders Leicester City.