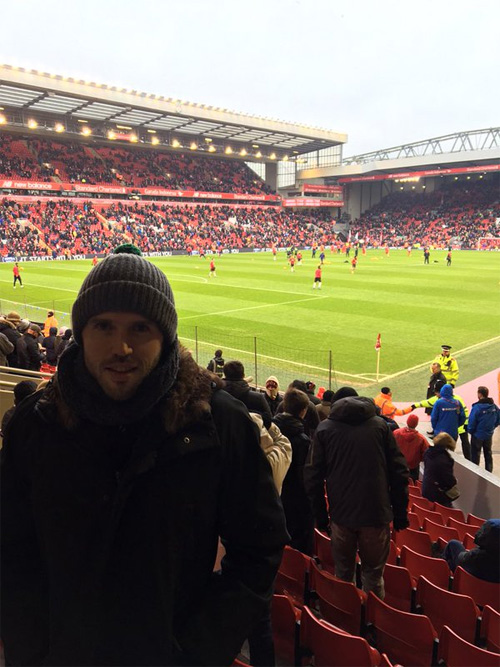 Michael Carrick was all smiles in the Anfield stands as Manchester United were 1-0 winners against Liverpool on Sunday.

The England midfielder didn’t feature against United’s bitter rivals but the 34-year-old joined Phil Jones and Marcos Rojo in the away end at Anfield.

United captain Wayne Rooney scored a second-half winner to seal three points for the visitors and secure their fifth successive win over Liverpool.

Carrick, unsurprisingly, kicked every ball in the stands as he watched his team-mates battle to an important victory in the race for a top-four finish.

Come on boys…!!! Wish I was playing, but this is next best thing #AwayDays #MUFC pic.twitter.com/g0xZYjzk94

The England international has made 16 Premier League appearances so far this season for the 20-time English champions in an injury-hit campaign for Carrick.

The former Tottenham Hotspur and West Ham United midfielder has racked up less than 1,000 first-team minutes in the top-flight as he continues to vie with Bastian Schweinsteiger and Morgan Schneiderlin for a place in Van Gaal’s side.