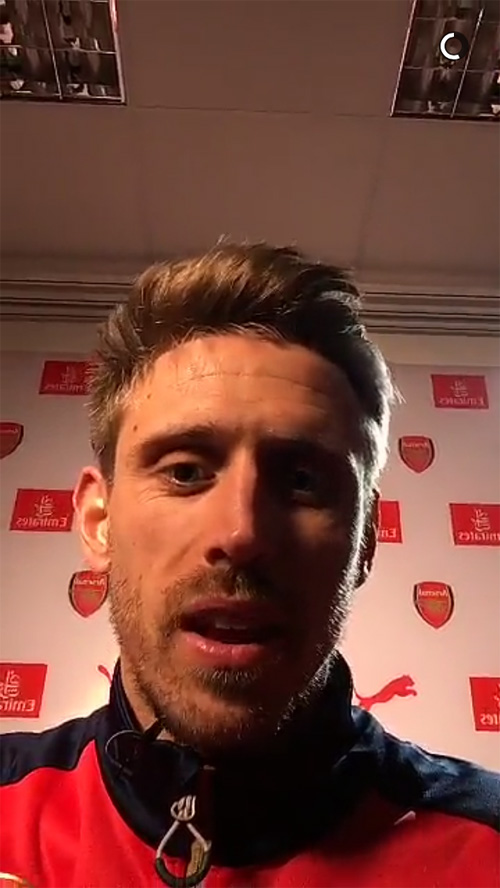 The Gunners will look to return to winning ways in the Premier League at the Britannia Stadium, although the north London side haven’t won at the Potters since 2010.

Arsene Wenger’s side missed the chance to cement their two-point lead at the top of the table after a 3-3 draw with Liverpool at Anfield on Wednesday night.

However, Monreal, who moved to Arsenal from Villarreal in 2013, is eyeing three points against Mark Hughes’s Potters side in Sunday afternoon’s late kick-off.

Monreal said during his short video clip on Arsenal’s Snapchat feed: “I hope everyone is well and we win this game on Sunday.”

The Spanish defender has been a mainstay of Wenger’s starting line-up so far this season, moving above England international Kieran Gibbs in the pecking order.

Monreal, 29, has made two assists in 21 Premier League appearances for the Gunners so far this season.