Photo: Per Mertesacker sends message to fans ahead of Stoke v Arsenal 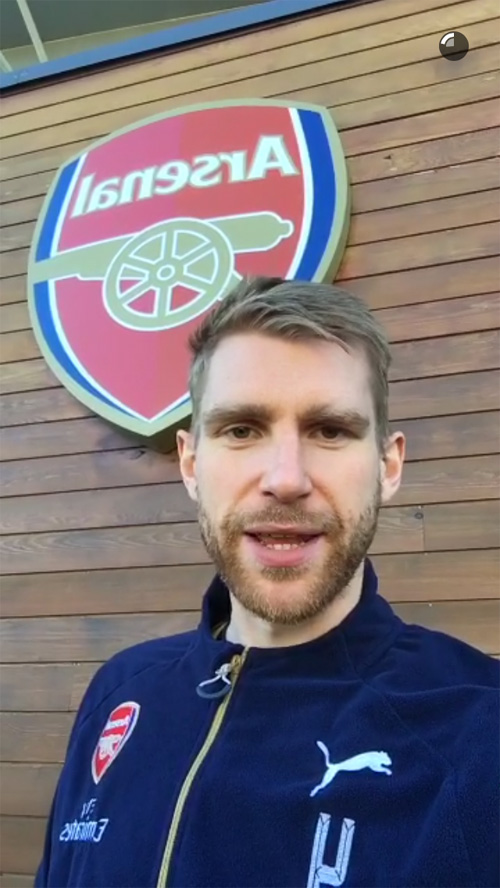 Per Mertesacker is urging Arsenal supporters to get behind the Gunners ahead of Sunday afternoon’s tough trip to Stoke City.

The Gunners squandered a second-half lead to draw 3-3 with Liverpool at Anfield on Wednesday night after Joe Allen scored a 90th-minute equaliser for the Merseyside outfit.

Arsene Wenger’s men are still top of the Premier League table but level on points with second-placed Leicester City in the title race.

Arsenal defender Mertesacker appeared in a positive frame of mind ahead of the north London side’s return to one of their toughest haunting grounds in recent years.

Mertesacker wrote: “A message for Arsenal supporters, get behind us on Sunday. Let’s go Arsenal!”

Arsenal have lost to Stoke in their last four Premier League games at the Britannia Stadium.

The north Londoners have beaten the Potters away from the Emirates Stadium since a 3-1 victory in February 2010.

Arsenal are bidding to win their first Premier League title since 2004 when Thierry Henry and co managed to complete the season without suffering a league defeat.