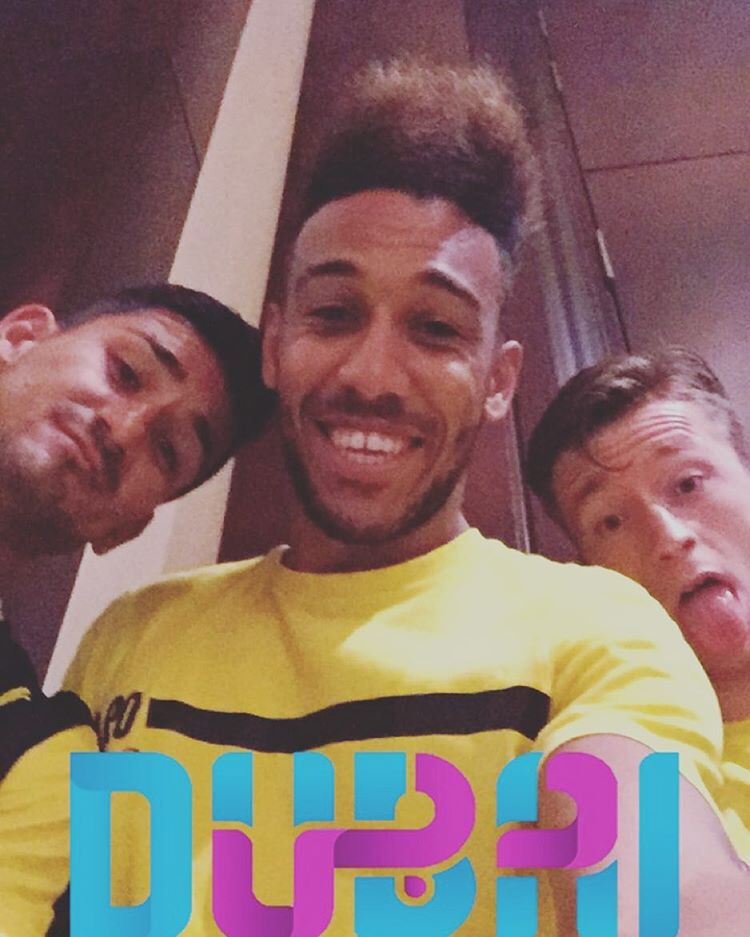 Pierre-Emerick Aubayameng appeared to be in high spirits after he linked up with the Borussia Dortmund squad in Dubai amid reports of an imminent bid from Arsenal.

The 26-year-old won Africa’s Ballon d’Or award earlier this weekend after a stunning 2015 for the Gabon international for the Bundesliga side.

Aubayameng has already scored an incredible 27 goals in 27 games for Dortmund so far this season, prompting talk of a £42m bid from the Premier League leaders.

However, the Dortmund striker, who has also been linked with a move to Liverpool, is enjoying life at BVB if the prolific striker’s latest Instagram post is any indication.

Aubayameng posed alongside Ilkay Gundogan and Marco Reus and wrote on the photo-sharing app: “Back to my family #bvb #aubameyang #PEA17 #dubai @marcinho11 @ilkayguendogan”

The African striker scored 21 goals in 44 appearances in all competitions for Dortmund last season.

Aubayameng has also been linked with a move to Liverpool after his former Dortmund manager Jurgen Klopp took over the reins at Anfield in October.