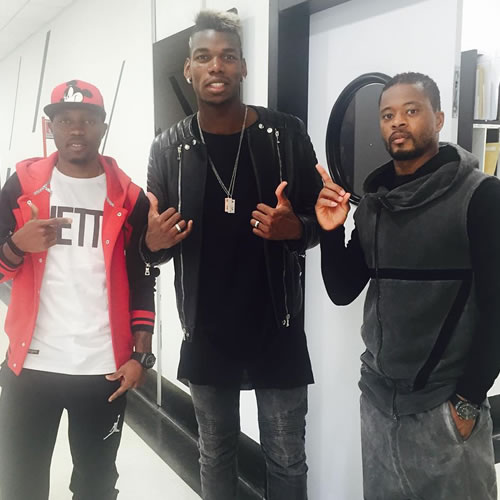 Paul Pogba gave the thumbs up as he posed for a picture with Patrice Evra amid speculation linking the midfielder with a potential transfer back to Manchester United.

Pogba has long been touted as a possible target for the Red Devils following his rise to prominence at Juventus following his transfer away from Old Trafford in 2012.

Pogba’s agent recently claimed that the midfielder would be available for £72m in the January transfer window.

And the 22-year-old midfielder seemed to be enjoying himself in the company of fellow former Manchester United man and Juventus team-mate Evra this week.

Pogba shared the photo above on his personal Instagram account on Wednesday afternoon and wrote: “Training camp @asamoahkwadwo #evra #yeezy#swag”

Pogba’s old team Manchester United were held to a thrilling 3-3 draw at Newcastle United in the Premier League on Tuesday night as they now turn their attentions to their crunch clash with Liverpool at Anfield on Sunday lunchtime,