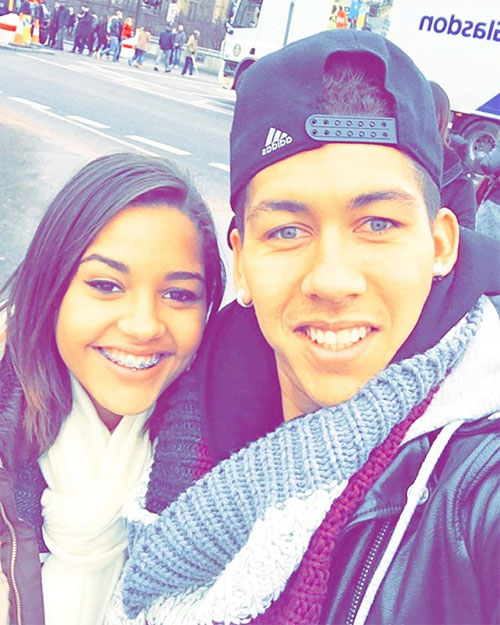 Roberto Firmino was all smiles with someone special in the midfielder’s life ahead of Liverpool’s clash against West Ham United in the FA Cup fourth round on Saturday afternoon.

The Brazil international scored twice in the Reds’s thrilling 5-4 victory over Norwich City at Carrow Road in Saturday’s early kick-off in the Premier League.

Firmino was unable to continue his recent goal-scoring form in Liverpool’s League Cup clash against Stoke City but the 24-year-old does have the prospect of a first final at Wembley.

However, the Liverpool summer signing was more concerned with paying tribute to a mystery lady – possibly his sister – on his Instagram page on Thursday ahead of Saturday’s FA Cup game.

Firmino wrote: “Happy birthday my girl, all that exists best in the world , is what you desire. I love and admire you you you for everything , for the simple fact exist. Even away I do this and I’m here whenever you need.
God bless you and enlighten you always!”

Firmino’s brace against Norwich took his tally to five Premier League goals in 20 top-flight games after his summer switch.

The South American playmaker moved to Liverpool in a £29m deal from Bundesliga side Hoffenheim in the summer transfer window.

Photo: Man United starlet wraps up for training at Carrington