Photo: Roberto Firmino all smiles with his wife after Liverpool’s 5-4 thriller 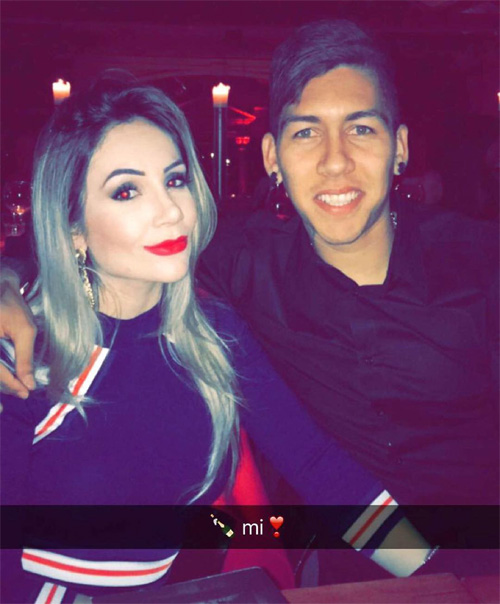 Roberto Firmino was all smiles with his wife as the Liverpool forward relaxed after Saturday’s 5-4 victory at Norwich City.

Firmino broke the deadlock in the 18th minute before Mbokani Bezua and Steven Naismith scored to hand Norwich a half-time lead.

Republic of Ireland international Wes Hoolahan made it 3-1 from the penalty spot before goals from Jordan Henderson and Firmino levelled the game.

James Milner appeared to have scored a 75th-minute winner but Norwich defender Sebastien Bassong equalised in the 90th minute before Lallana sealed three points in the fifth minute of added time.

The South American could afford a cheeky smile as the £29m summer signing relaxed with his wife Larissa after the nine-goal thriller.

Earlier, Firmino posted his thoughts on a crazy game at Carrow Road as Liverpool came from behind to beat Norwich.

Liverpool are in seventh place in the Premier League table after their 5-4 victory over the Canaries.