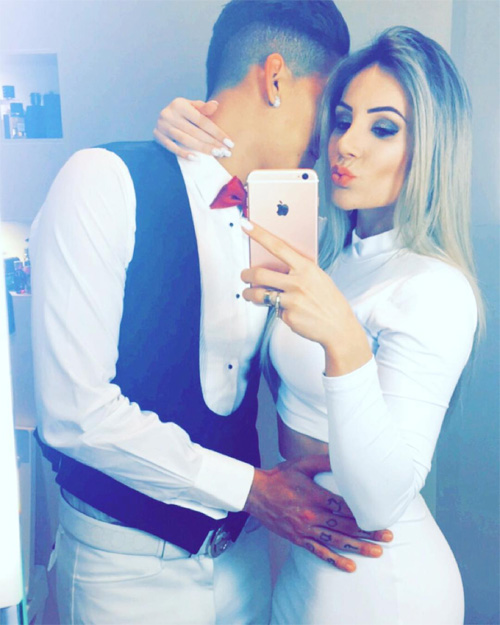 Roberto Firmino came over all shy as he posed for a New Year’s Eve selfie with his wife.

The Brazil international has plenty to smile about after an impressive performance in Liverpool’s 1-0 victory over Sunderland at Stadium of Light on Wednesday night.

Firmino had two shots on target on the Black Cats’s goal and completed one successful dribble in an influential performance for Jurgen Klopp’s side earlier this week.

The 24-year-old joined his wife for a New Year’s Eve selfie ahead of Liverpool’s clash against West Ham United at Upton Park in Saturday’s early kick-off.

The South American playmaker has scored one goal and has made three assists in 17 Premier League appearances for Liverpool so far this season.

Firmino became the Reds’s third most-expensive signing of all-time after he moved to Anfield in a £29m deal from Bundesliga side Hoffenheim in the summer transfer window.

Photo: Marcos Rojo all smiles in London ahead of Man United v Swansea