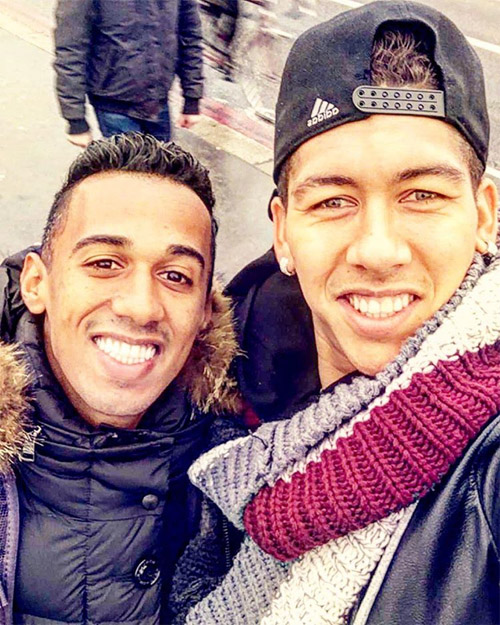 Roberto Firmino was all smiles with his friend as the midfielder relaxed ahead of Wednesday night’s clash between Liverpool and Arsenal.

The Brazil international was rested for the Reds’s thrilling 2-2 draw with Exeter City in the third round of the FA Cup on Friday night.

Firmino is expected to return to Jurgen Klopp’s starting line-up for the visit of the Premier League leaders at Anfield.

However, the former Hoffenheim midfielder wasn’t concerning himself with thoughts of the match on Monday as he joked around with a friend.

The South American playmaker became Liverpool’s third most-expensive signing of all-time in the summer after he completed a £29m move to Anfield from Bundesliga club Hoffenheim.

Firmino has scored one goal and has made three assists in 17 Premier League appearances so far this season for the Merseyside outfit.

Liverpool are 12 points behind leaders Arsenal in the Premier League table.

Photo: Mamadou Sakho and Christian Benteke all smiles ahead of Liverpool v Arsenal