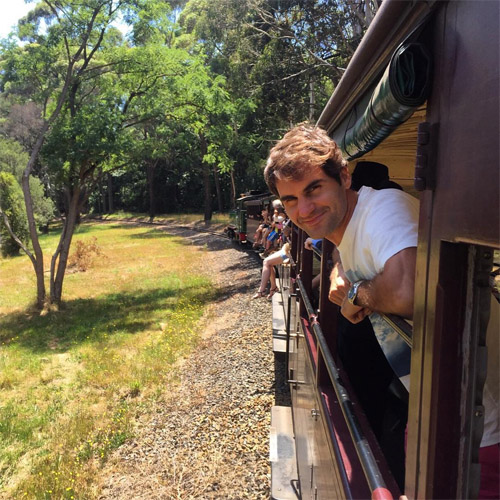 Roger Federer was loving life on the Fed Express as the world number two caught the train to Melbourne ahead of the Australian Open.

The 34-year-old is bidding to win the year’s first Grand Slam for a fifth time and equal Novak Djokovic’s tally of Aussie crowns.

However, Federer will have to be at his best to beat the in-form Serbian after Djokovic demolished Rafael Nadal in his recent ATP final in Doha.

But with the FedExpress gathering momentum, Federer will hope his experience on a steam engine can inspire his ageing arms and legs to some steamrolling victories in the punishing heat at the Australian Open.

Federer posted the above photo on his Instagram page and wrote: “On my way to Melbourne 💨”

The Swiss ace hasn’t won the Australian Open since his straight sets victory over Andy Murray in 2010.