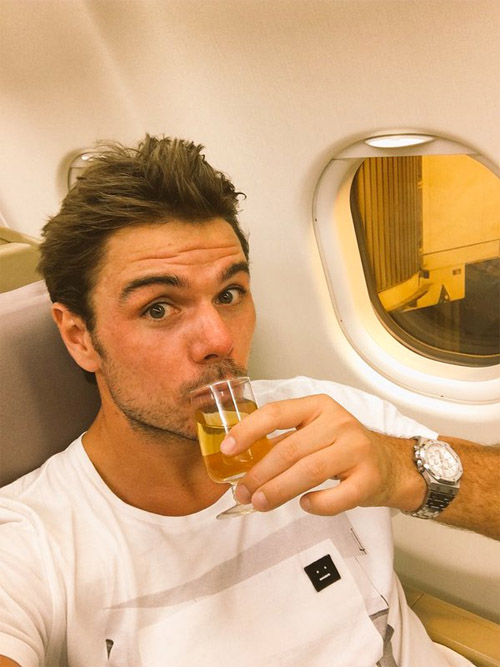 The world number four eased to a 6-3, 7-5 victory over 19-year-old Borna Coric to land his fourth Chennai title in six years ahead of the Australian Open later this month.

The 30-year-old needed just 86 minutes to beat Coric, who was the youngster ATP tour finalist since Mario Cilic won at New Haven in 2008.

And Wawrinka, who has now won 11th ATP titles, took to Twitter to celebrate his historic feat after his straight sets victory.

Celebration from the plane ✈️!! On my way to Melbourne ☀️ pic.twitter.com/uzxxUmKM8M

The Chennai Open showpiece was the first time Coric has reached an ATP World Tour final.

Wawrinka has won seven of his 11 ATP titles on hard courts.

The 30-year-old will hope to win his second Australian Open title this month and the year’s first Grand Slam starts on 18 January.