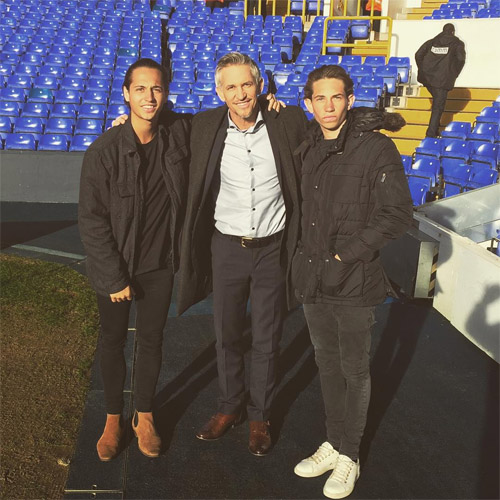 Tottenham Hotspur host high-flying Leicester in their third-round clash in north London as Mauricio Pochettino’s side look to join their derby rivals Arsenal in round four of the competition.

Spurs are four points behind second-placed Leicester in the Premier League table ahead of their next top-flight game against the Foxes at The Lane in a repeat of their FA Cup clash on Wednesday night.

And Lineker posted a photo with his two sons Tobias and Angus pitchside at White Hart Lane ahead of what will be a testing few days for the Leicester and Spurs fans in the Lineker household.

Tottenham are the Premier League’s form side after a return of 10 points from a possible 12 in their last four top-flight games.

Photo: Steven Gerrard reveals one of his favourite Liverpool team-mates