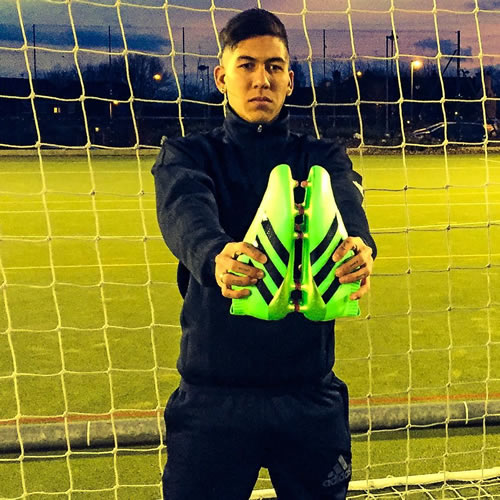 Roberto Firmino has taken to social media to give a glimpse into his latest Adidas photoshoot with Liverpool.

The Brazilian played the full 90 minutes as Liverpool beat Stoke City on penalties to reach the League Cup final on Tuesday night.

And the 24-year-old braved the elements on Merseyside on Wednesday night as he took part in a promotional shoot for Adidas and the sportswear brand’s latest boots.

Firmino shared the photo above on his personal Instagram account on Wednesday night and wrote: “#nolaces A bit cold 🌪but fun shooting with @adidasfootball #bethedifference #ACE16 com @adidasbrasil”

Firmino has been a regular fixture in the Liverpool side since joining the Premier League club from Hoffemheim in the summer transfer window.

The attacking midfielder has scored five goals and made four assists in 20 Premier League games for Jurgen Klopp’s men so far this season. He also notched up one assist in the Europa League group stage.

He will be expecting to feature when Liverpool host West Ham United in the FA Cup fourth round on Saturday evening.