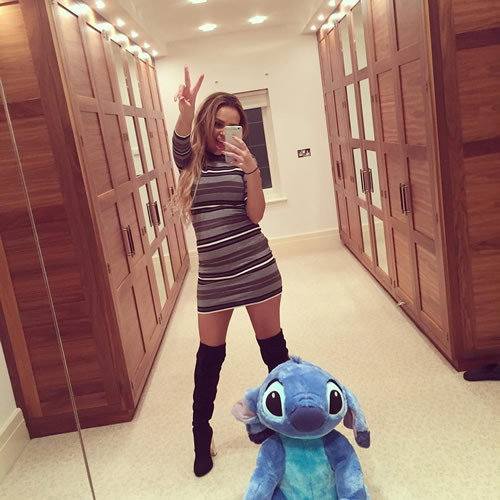 Samantha Martial was all smiles at home on Saturday night after her husband helped Manchester United book their place in the fifth round of the FA Cup.

Anthony Martial has been one of United’s standout performers in an otherwise disappointing campaign for the Red Devils and set up two of his side’s goals in their 3-1 FA Cup win at Derby County on Friday night.

The 20-year-old has scored five goals and made two assists in the Premier League so far this season.

And his wife Samantha looked to be in good spirits on Saturday night, as she snapped the picture above and posted it on her personal Instagram account.

Martial will be hoping to feature when United return to Premier League action with a home clash against Stoke City at Old Trafford on Tuesday night.

The Red Devils are currently five points adrift of the top four in the Premier League table.