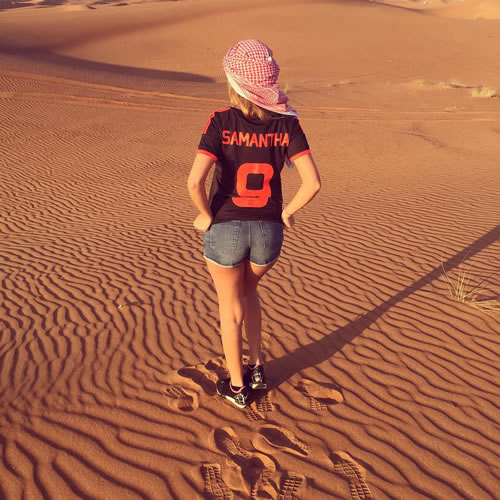 Samantha Martial showed her support for her husband by donning a Manchester United shirt during her trip to Dubai this week ahead of the Red Devils’ FA Cup clash with Sheffield United this weekend.

Anthony Martial and his Red Devils team-mates have been gearing up for Saturday’s clash at Old Trafford as they look to build on their 2-1 victory over Swansea City in the Premier League last weekend.

That win was United’s first victory in eight attempts in all competitions and moved Louis van Gaal’s men up to fifth place in the Premier League table.

Martial’s wife Samantha enjoyed a trip to Dubai this week, but it was clear who she will be supporting when United host Sheffield United on Saturday. 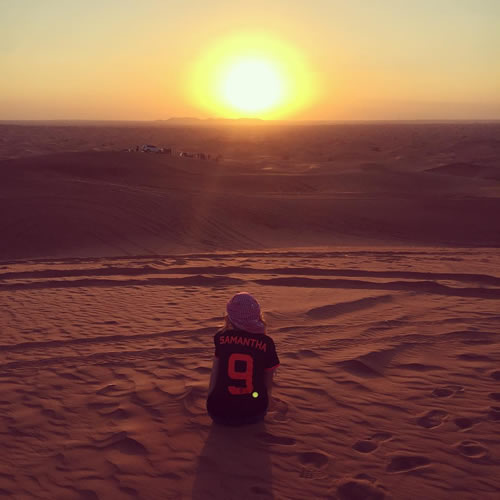 Her husband has enjoyed a positive start to life at Manchester United since his big-money transfer from Monaco in the summer transfer window.

Martial, 20, has scored five goals and made two assists in 15 Premier League games and also netted twice in the Champions League for Van Gaal’s side.