Petr Cech has been in fine form since joining Arsenal from Chelsea, as these numbers show... 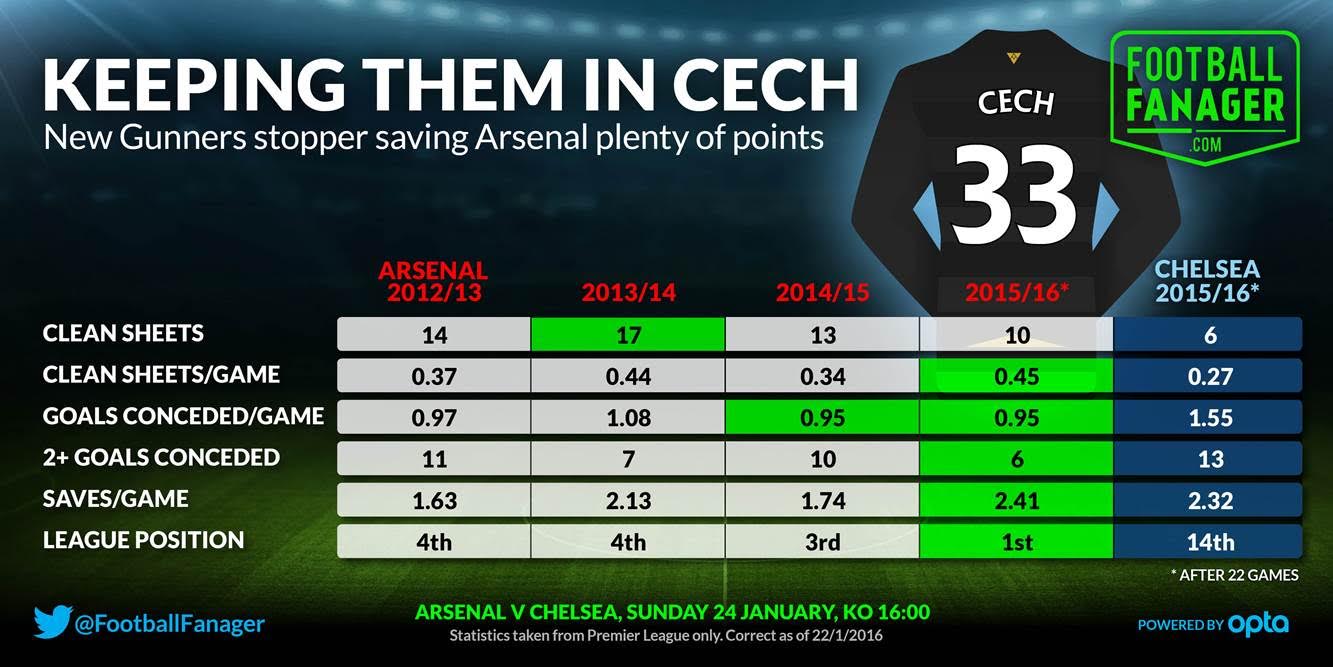 Summer signing Petr Cech has finally ended Arsenal’s goalkeeper troubles, and as this infographic by leading fantasy football site Football Fanager shows, he has improved on the performances of previous Gunners keepers in every single category.

After Wojciech Szczesny, David Ospina, Lukasz Fabianski and Vito Mannone all failed to nail down the number one jersey in previous seasons, the signing of Cech has been an inspired bit of business by Arsene Wenger as he bids for Arsenal’s first title in 12 years.

Cech is also comfortably outperforming Thibaut Courtois and Asmir Begovic at his previous club Chelsea, who must surely regret letting him leave for their London rivals.

Blues captain John Terry said Cech would be worth 12 to 15 points a season for the Gunners – and he’s been proved more than right so far, with the gap between the clubs currently standing at 19 points.

Arsenal host Chelsea in the Premier League on Sunday, and a Cech inspired victory could go a long way towards the Gunners sealing the title.

Australian Open 2016: Big-time Federer and Sharapova burst through 300 and 600 barriers