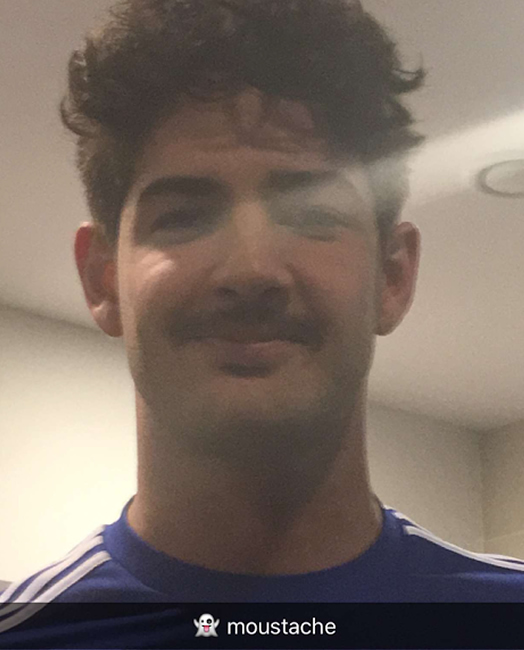 Alexandre Pato showed off his new moustache to Cesc Fabregas on Thursday as Chelsea prepared for their trip to Southampton this weekend.

The Brazilian striker will be hoping to make his first appearance for his new club when the Blues take on the Saints at St Mary’s on Saturday afternoon.

Pato is yet to feature for the Premier League side after arriving at Stamford Bridge on loan from Corinthians until the end of the season last month.

The forward has been working on his fitness at Chelsea’s Cobham training ground in recent weeks as he bids to prove himself as ready for a spot in the team to Guus Hiddink.

And it seems that his fitness levels are not the only thing he has been working on, if this photo captured by Fabregas is anything to go by.

Fabregas shared the picture above on his personal Snapchat account on Thursday afternoon, and wrote: “Moustache”.

It remains to be seen if the look lasted longer than five minutes.

Arsene Wenger: This Arsenal player does not get enough credit