Photo: Ander Herrera does homework with his girlfriend ahead of Sunderland v Man United 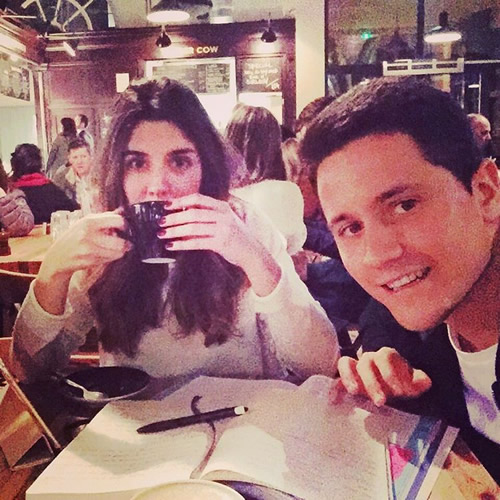 Ander Herrera has been brushing up on his English with his girlfriend Isabel Collado as he and his Manchester United team-mates prepare for their Premier League trip to Sunderland on Saturday afternoon.

The 26-year-old midfielder was a late substitute as Louis van Gaal’s men were held to a 1-1 draw at Chelsea in the Premier League last weekend.

Herrera has found his first-team opportunities somewhat limited this season under Van Gaal, with the Spaniard having only started 12 top-flight games so far this term.

However, the midfielder is keeping himself busy as he continues to improve his knowledge of English with his girlfriend Collado.

Herrera shared the picture above on his personal Instagram account on Wednesday night and wrote: “English homework with @isabelcollado”

Herrera will be hoping to feature when United return to Premier League action with a trip to Sunderland on Saturday lunchtime.

He has scored two goals and made two assists in 18 Premier League games so far this season for United.

The Red Devils are currently fifth in the Premier League table and six points behind fourth-placed Manchester City.