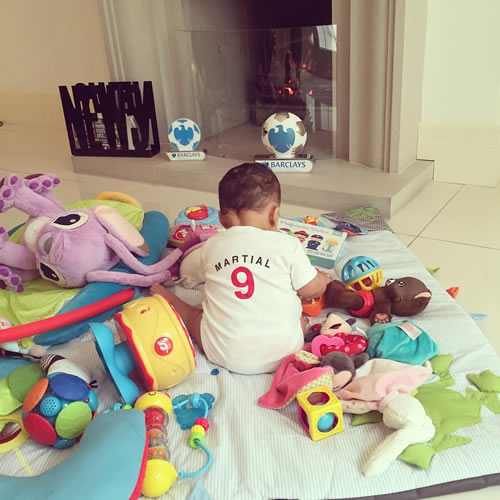 Anthony Martial is clearly proud of the impact he has made since joining Manchester United.

The French striker’s emergence has been one of the few positives from an otherwise disappointing season for the Red Devils.

The 20-year-old has been a regular fixture in the Manchester United first-team since arriving at the club from Monaco in a big-money transfer last September.

Martial has made plenty of impressive performances and has been named man of the match on a number of occasions for the Red Devils.

And as this photo uploaded onto Instagram by his wife Samantha shows, the Manchester United striker is proudly displaying his awards in his home.

France international Martial has scored six goals and made three assists in 20 Premier League games for the Red Devils so far this season.

He will be hoping to feature when United take on Sunderland at the Stadium of Light on Saturday afternoon.