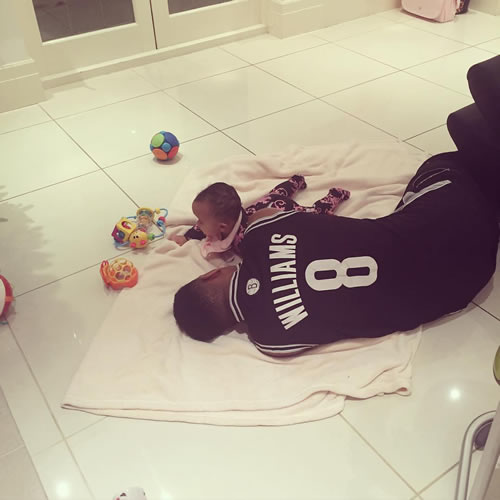 Anthony Martial looked to be enjoying some family downtime on Sunday evening as he and his Manchester United team-mates prepare for their Premier League clash with Stoke City on Tuesday night.

The French striker was in fine form on Friday night as he set up two of United’s three goals in their 3-1 FA Cup win at Derby County.

Martial has been a regular fixture in United’s first team since arriving at the club from Monaco in the summer transfer window.

And the 20-year-old looked happy to be spending some time with his wife Samantha and their young daughter over the weekend.

United head into Tuesday’s game against the Potters looking to turn around their poor form in the top flight.

The Red Devils have only won two of their last 10 Premier League games and are currently five points adrift of the top four.