Anthony Martial will be hoping his new boots can help Manchester United return to winning ways... 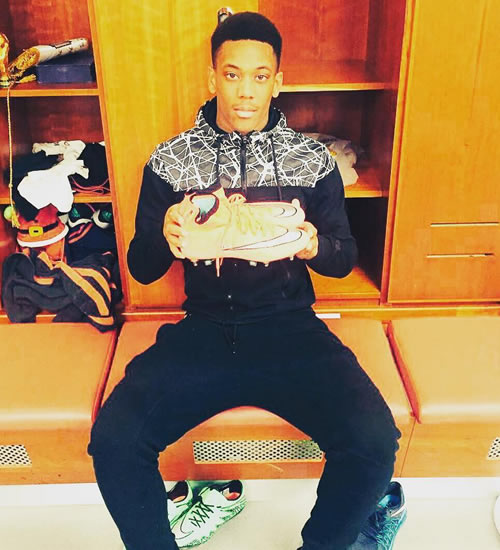 Anthony Martial has taken to social media to show off his latest pair of Nike football boots as Manchester United prepare for their Premier League trip to Sunderland on Saturday.

Martial played the full 90 minutes as the Red Devils were held to a 1-1 draw by Chelsea at Stamford Bridge on Sunday afternoon.

The 20-year-old French striker has been a regular fixture in the Red Devils’ first team this season since joining the club from Monaco in a big-money deal during the summer transfer window.

And the forward looked thrilled to have received his latest pair of Nike Mercurial boots as Louis van Gaal’s men prepare for their trip to the Stadium of Light on Saturday lunchtime.

Martial posted the picture above on his personal Instagram account and wrote: “First trainings and game with my new #Mercurial boots! @nikefootball #nike”

United are currently fifth in the Premier League table and six points behind Manchester City in fourth heading into this weekend’s round of fixtures.

Jamie Carragher hits back at Rio Ferdinand over Liverpool on Twitter