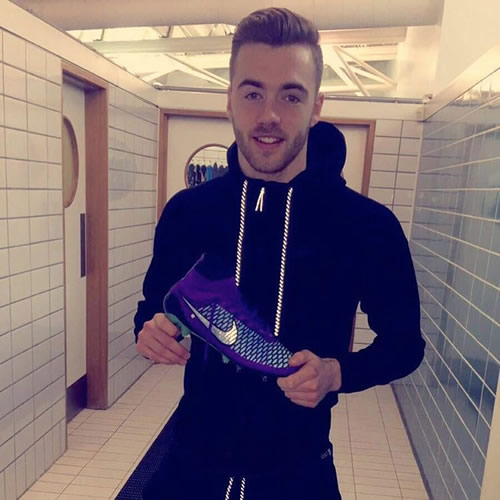 Calum Chambers will be hoping to get a run-out in his new purple boots when Arsenal host Leicester City in the Premier League on Sunday afternoon.

The Gunners head into the game looking to beat the Foxes and reignite their Premier League title challenge.

The north London side returned to winning ways when they beat Bournemouth 2-0 at the Vitality Stadium on Sunday afternoon thanks to goals from Mesut Ozil and Alex Oxlade-Chamberlain.

And Chambers will be hoping to feature when Arsene Wenger’s men prepare to take on the Premier League leaders at The Emirates on Sunday.

Chambers posted the picture above on his personal Instagram account and wrote: “Loving the new colour of the @nikefootball #Magista”

Arsenal head into the game against Claudio Ranieri’s men knowing that a victory would move them to within two points of the top of the table heading into the final 12 matches of the season.

Chambers has seen his first-team opportunities limited this season, with the 20-year-old having only started two league games.

Photo: Ander Herrera does homework with his girlfriend ahead of Sunderland v Man United