Photo: Cesc Fabregas already in Paris with his girlfriend ahead of PSG v Chelsea 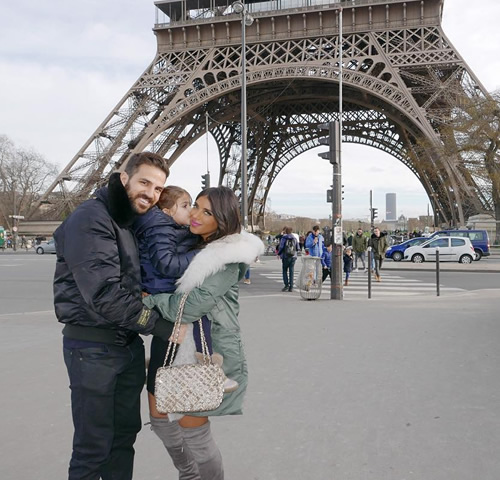 Fabregas helped the Blues romp to a convincing victory in front of their home fans as they returned to winning ways in the Premier League.

Chelsea now turn their attentions to their crunch Champions League clash with Paris Saint-Germain at Parc des Princes on Tuesday night as they look to take a step towards the quarter-finals of Europe’s elite club competition.

And Fabregas appears to have headed to the French capital early to spend some time with his family.

Semaan posted the picture above of the couple in front of the Eiffel Tower on Sunday morning on her personal Instagram account.

Fabregas played the full 90 minutes against the Magpies and notched up an assist during the win at Stamford Bridge on Saturday evening.