Cesc Fabregas was in a jokey mood on Thursday afternoon... 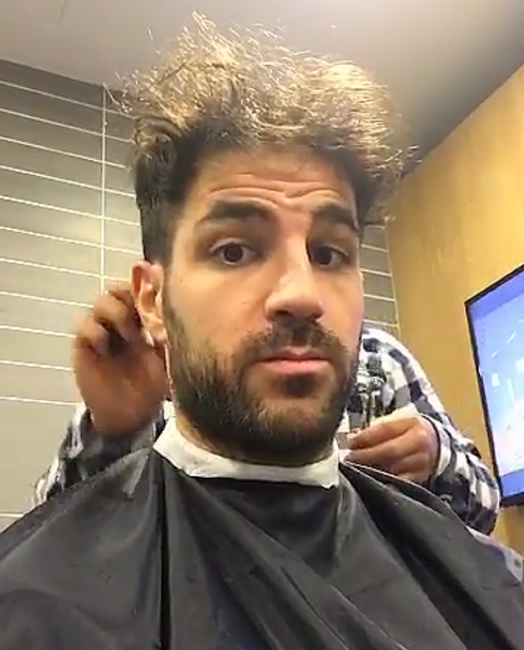 Cesc Fabregas was clearly having a bad hair day on Thursday as he prepared for a trim ahead of Chelsea’s clash with Southampton this weekend.

The Spanish playmaker and his team-mates have enjoyed a free week in the wake of their thumping 5-1 FA Cup win over Manchester City last weekend.

The Blues have shown some much improved form in recent weeks and their only defeat since Guus Hiddink’s appointment as interim boss came during the Champions League loss to Paris Saint-Germain.

Fabregas has been a regular fixture in the Chelsea first-team this season and he looked to be in good spirits as he posted the picture above on his personal Snapchat account ahead of the Blues trip to Southampton.

The 28-year-old, who moved to Stamford Bridge from Barcelona in the summer of 2014, has made 25 appearances for Chelsea in the Premier League so far this season, scoring one goal and notching up four assists.