Photo: Cesc Fabregas all smiles with his girlfriend ahead of Chelsea v Man City 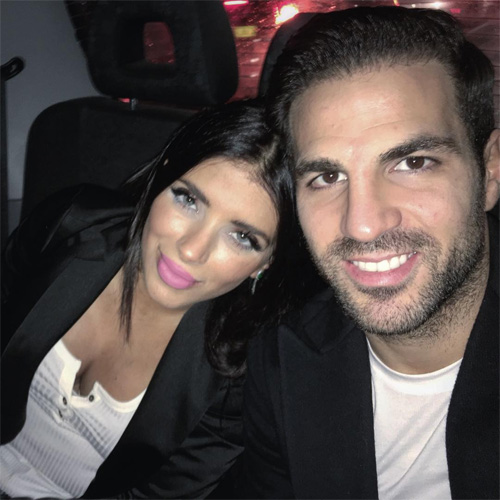 Cesc Fabregas and his girlfriend pose for a selfie Photo: Daniella Semaan

Cesc Fabregas was all smiles with his girlfriend as the Chelsea midfielder relaxed ahead of Sunday’s FA Cup fifth-round clash against Manchester City on Sunday.

The Spain international has enjoyed a return to form under new manager Guus Hiddink after Jose Mourinho was sacked by the defending Premier League champions in December.

Fabregas was unable to help the west London side avoid a 2-1 loss to Paris Saint-Germain in the first leg of their Champions League last-16 tie on Tuesday night.

However, Chelsea’s European setback wasn’t spoiling Fabregas’s Friday night as he posed for a selfie with his girlfriend Daniella Semaan.

Fabregas has scored one goal and has made four assists in 25 Premier League games so far this season.