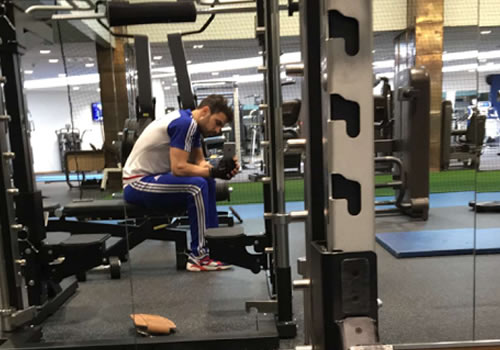 Cesc Fabregas looks determined to help Chelsea return to winning ways when they host Manchester City in the fifth round of the FA Cup on Sunday afternoon.

The 28-year-old played the full 90 minutes as Chelsea were beaten 2-1 by Paris Saint-Germain in the first leg of their Champions League last-16 clash in the French capital on Tuesday night.

Despite the defeat, the Blues produced an admirable performance and head into the return leg next month knowing that a 1-0 win would secure their progression to the quarter-finals of Europe’s elite club competition.

But before that, Chelsea must turn their attentions back to domestic affairs and their cup showdown with City at Stamford Bridge this weekend. 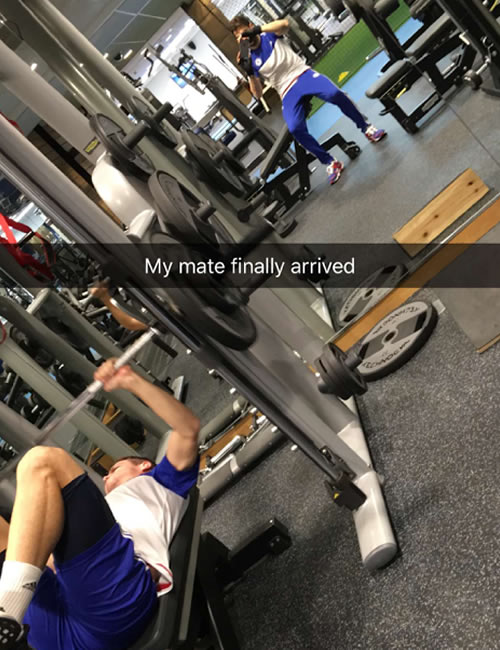 Fabregas is clearly determined to make sure that he is in peak physical shape, as he hit the gym at Chelsea’s Cobham training ground on Thursday morning.

The midfielder has made four assists and scored one goal in 25 Premier League games for Chelsea so far this season.