Photo: Cesc Fabregas hits the gym ahead of Chelsea training 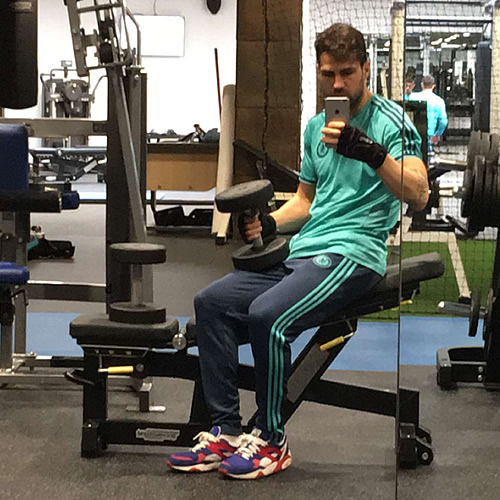 Cesc Fabregas seems to be putting in the extra hours as he bids to help Chelsea enjoy a successful end to the season.

The Spanish midfielder has struggled to find consistent form this term but helped the Blues secure a thumping 5-1 win over Newcastle United at Stamford Bridge on Saturday night.

Fabregas will be hoping to feature when Chelsea take on Paris Saint-Germain in the first leg of their crunch Champions League clash at Parc des Princes on Tuesday night.

And the 28-year-old was busy working hard in the gym before the Blues’ final training session at Cobham on Monday morning.

Fabregas uploaded the picture above onto his Snapchat account before heading out to Chelsea training.

The Spain international has scored one goal and made four assists in 25 Premier League games for the west London side so far this season.

He helped the Blues win the Premier League and League Cup in his first season at the club.