Cesc Fabregas is continuing to work hard in the Cobham weights room... 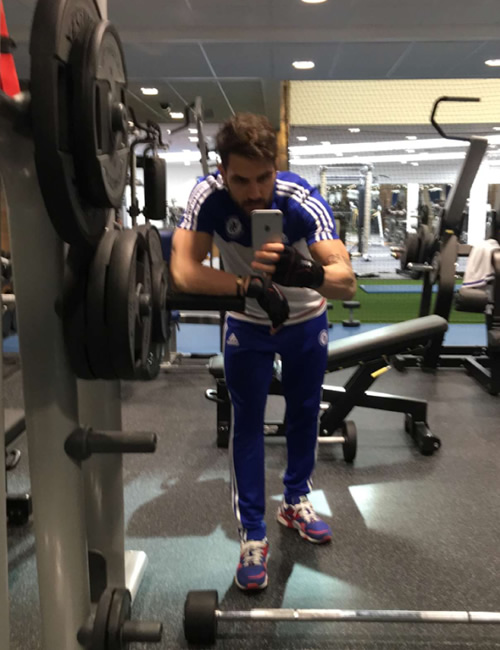 Cesc Fabregas is continuing to work hard on his physique following his man of the match performance in Chelsea’s 2-1 comeback win at Southampton on Saturday afternoon.

The Spanish midfielder has been in much improved form for the west London side in recent weeks and scored the Blues’ first goal before Branislav Ivanovic’s winner at St Mary’s in the Premier League clash.

Fabregas is no stranger to the gym and often posts updates of his workouts in the Cobham weights room on his social media accounts.

And the former Arsenal captain used his Snapchat account to share the picture above of himself working hard in the gym on Monday afternoon.

Fabregas has scored three goals and made five assist in all competitions for the west London club so far this season.

He will be expecting to feature when Chelsea travel to Norwich City in their next Premier League clash on Tuesday night.