Cesc Fabregas enjoyed a bit of fun as he shaved off his beard on Monday night... 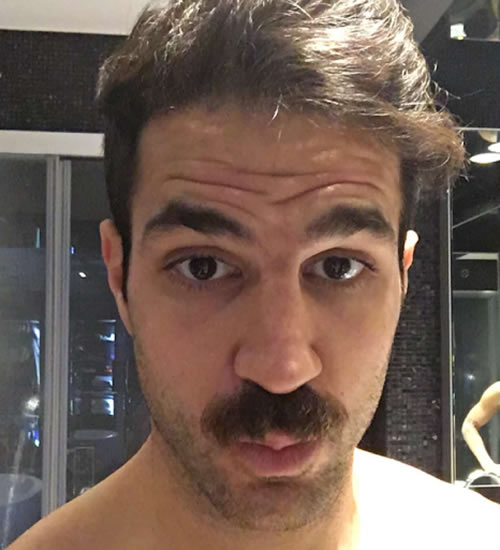 Cesc Fabregas was clearly in a playful mood on Monday night as he decided to do away with his facial hair.

The Spanish playmaker had been sporting a thick beard in recent games but opted to shave it all off after Chelsea’s 1-1 draw with Manchester United on Sunday afternoon.

Fabregas opted to shape a moustache as he trimmed his facial hair, and shared the snap above with his followers on Snapchat.

However, the interesting look did not last for long, as he duly shaved it off in preparation for a shooting on Tuesday.

Fabregas has been a regular fixture in the Chelsea first-team this season but, like many of his team-mates, has struggled to produce consistent performances. 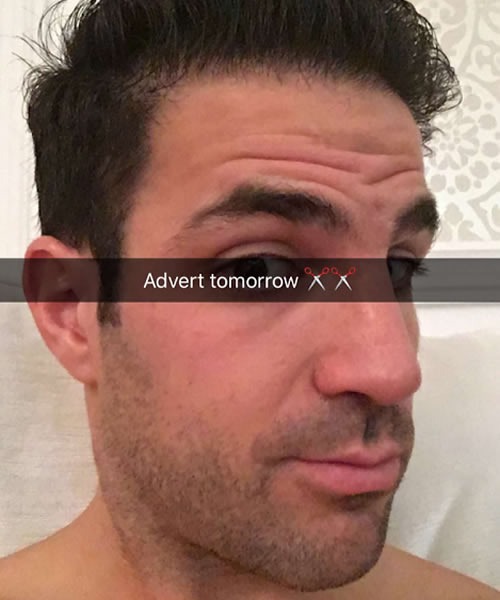 But his moustache did not last for long… Photo: Cesc Fabregas / Snapchat

He has scored one goal and made three assists in 24 games so far this season after being an integral part of Chelsea’s title-winning side last term.

The 28-year-old, who joined the Blues from Barcelona in the summer of 2014, will be expecting to feature when Chelsea travel to Newcastle on Saturday.

Photo: Roberto Firmino gets stuck in traffic ahead of West Ham v Liverpool