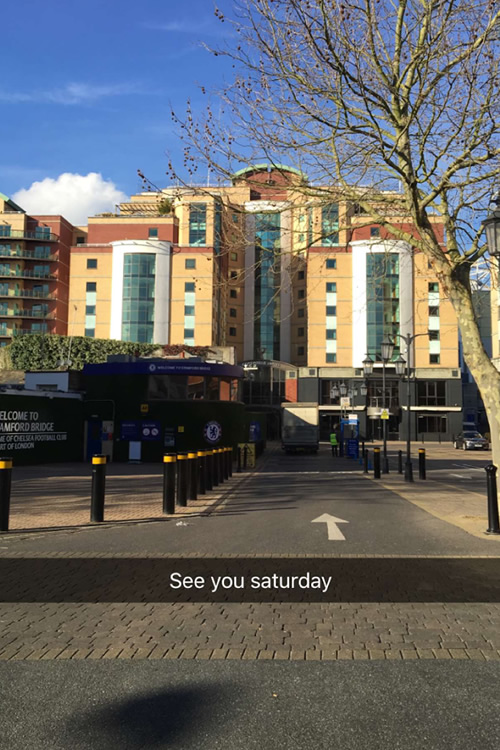 Cesc Fabregas enjoyed some London sunshine on Thursday as he and his Chelsea team-mates prepare for their Premier League clash with Newcastle United at Stamford Bridge on Saturday.

The Blues head into the game looking to return to winning ways after they were held to a 1-1 draw by Manchester United in west London last weekend.

Chelsea have struggled to find consistent form all season in the Premier League and find themselves languishing in 13th place in the table heading into this weekend’s clash.

Fabregas will be expecting to feature for the west London side against the Magpies this weekend – and the Spaniard passed by Stamford Bridge on Thursday afternoon.

Fabregas posted the picture above on his personal Snapchat account and wrote:

The former Arsenal captain, like many of his Chelsea team-mates, has struggled to produce consistent form for the Blues this season and has only managed to notch up three assists in the Premier League.