Photo: Fabregas hits the gym with Zouma ahead of Chelsea v Man United 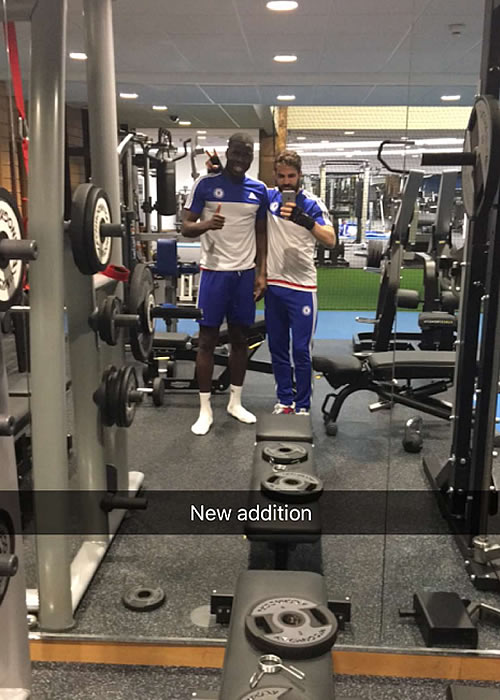 Cesc Fabregas appears to be working hard away from the pitch to regain his top form, if his latest posts on Snapchat are anything to go by.

The Spain international has struggled to produce consistent performances for the west London club this season after helping the Blues win the Premier League and League Cup last term.

Fabregas will be hoping to feature when Chelsea host Manchester United in Sunday’s crunch showdown at Stamford Bridge on Sunday afternoon.

And the 28-year-old midfielder is clearly putting in the extra work in the gym as he prepares for Sunday’s game.

Fabregas posted the picture above of himself in the Chelsea gym with defender Kurt Zouma on Friday morning as the Blues continue their preparations for Sunday’s showdown in west London.

Chelsea head into the game looking to return to winning ways after the disappointment of their goalless draw at Watford on Wednesday night. 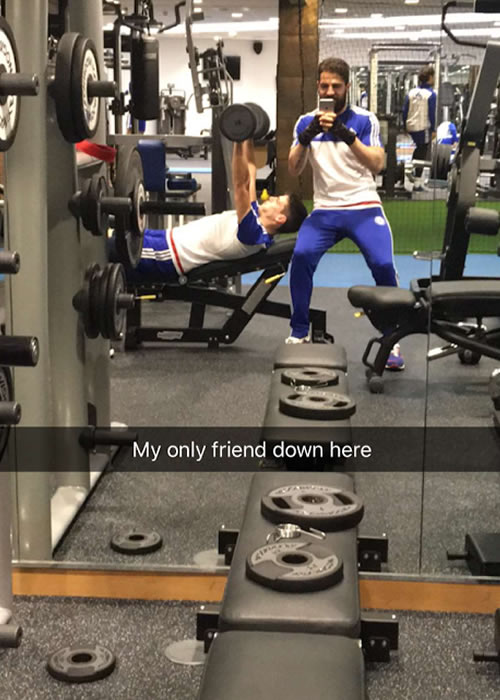 Fabregas has scored one goal and made three assists in the Premier League for the Blues so far this season.

Sol Campbell predicts where Man United will finish this season