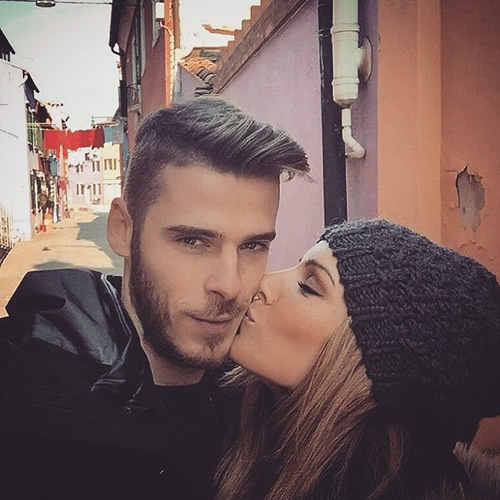 David De Gea looked to be keeping himself in good spirits despite the disappointment of Manchester United’s Premier League defeat by Sunderland on Saturday.

The Red Devils shot-stopper conceded a stoppage-time own goal as the Black Cats sealed a dramatic 2-1 victory over United at the Stadium of Light to further dent their hopes of a top-four finish this season.

However, the defeat did not prevent De Dea from celebrating Valentine’s Day with his girlfriend Edurne Garcia.

De Gea has been a regular fixture in the United first-team since signing a new contract after his proposed transfer to Real Madrid fell through last summer.

United’s next game is an FA Cup fifth round trip to Shrewsbury next Monday as Louis van Gaal’s men look to return to winning ways.

The Red Devils finished fourth in Van Gaal’s first season in charge at the club but were dumped out of the Champions League at the group stage back in December.