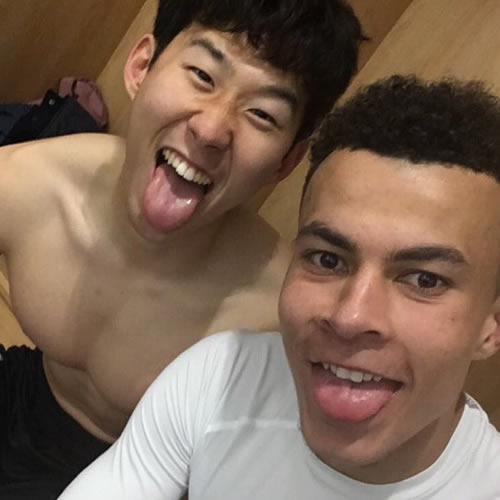 The 19-year-old, who has been one of the Premier League’s standout performers this season, played 81 minutes at The Etihad as Spurs sealed the three points to move up to second in the table and two points behind leaders Leicester.

Harry Kane put Spurs ahead from the penalty spot in the 53rd minute after Raheem Sterling was penalised for handball.

Kelechi Iheanacho equalised for City in the 74th minute, but Spurs earned a fifth league win in a row after Christian Eriksen slotted in seven minutes from time.

And Spurs teenager Alli was quick to take to social media after the game as he posed for a snap with Son in the dressing room.

Tottenham’s next Premier League game is a home clash against Swansea on 28 February.